So I just need to brag about my kiddos for a second. As I've mentioned before, I teach a Calculus class that is totally new to our school this year. The idea is to give kids 90 minutes per day for an entire year to master AB Calculus. We spend lots more time on practice and on exploring concepts than a traditional class would because we have double the time. Test (and frankly math) anxiety is still a very real thing for some. We just took our volumes test yesterday and I wanted to do something fun on our half day before spring break. I loved the idea of a performance task for these kids so they could jump in and show me what they know in another way, while engaging with each other and using some creativity.

I gave each group a choice between the clear vases or the colored vases pictured here. 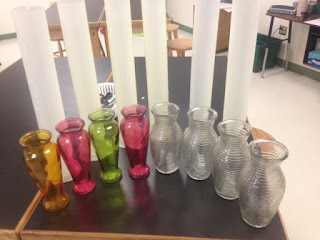 The clear were worth up to 10 points extra credit and the colored were worth up to 14 since they were more intricate. For every 10 mL that the group was off from the actual volume of the vase, I would take away one of those extra credit points. I gave them 35 minutes to plan and calculate, requiring that each group sketch a graph and show their calculus work. 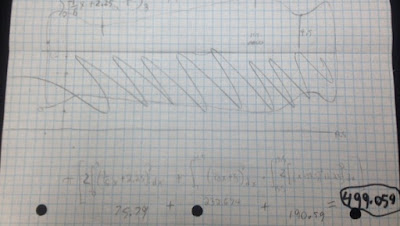 Then we tested. And it worked. 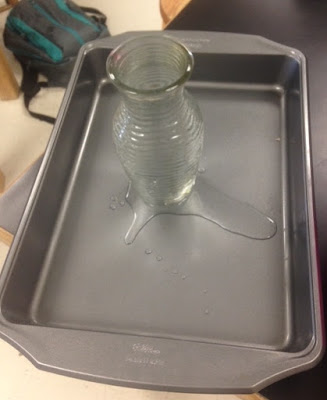 I'll be honest...I expected this to go way differently. I did this activity with a bunch of math teachers (or more accurately watched as the veterans took the lead) when I was just getting back into my calculus groove and planning for my course and we overflowed the crap out of that vase. By my standards, I don't think we would've gotten any points. But my kids were amazing!!! They used all different approaches- some did Riemann sums to find the volume, some used regression to figure out a function that matched closely and then integrate that, others broke it into piece-wise functions and integrated each. They used calipers to measure exact diameters and used a light table to get an exact trace on a graph.  I left it totally open ended and they all took a different approach- but every group nailed it! Each group was within 50 mL of the actual volume- and were so excited to see who would be the closest. I never told them I knew the actual answers, we just tested by pouring the water into the vase.  We talked about over and underestimates. We talked about washers vs. disks and trying to account for the width of the glass.

Such a rich 40 minutes to send us off for a week and a half. Happy spring break, everyone!
Posted by Mrs. G at 7:36 AM