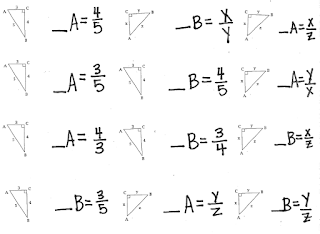 One of the things my geometry kids consistently struggle with each year is deciding just which ratio to use for each problem. They can reliably go from there, but when you get stuck on the set up, it can be a SINE that you're lost!

I tried something new this week to combat this issue and so far, it's been really effective. My lab students are especially benefiting as I see them consistently being able to identify the ratio and therefore gain an entry point into the problem.

Pam Wilson wrote a great blog post about an activity she did with her students- read it here- and I stole the document she created to adapt to my kiddos. I put each one of these on a slide and students are asked to analyze (think-pair-share) style which ratio is represented in each picture. 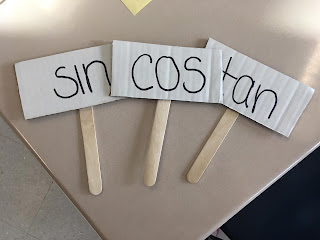 My favorite part is I gave each student a set of these paddles to participate. They were quick to make....run an exacto knife through some cardboard and hot glue popsicle sticks to the back of each (how most people spend their Sunday nights, right?!).  Instant feedback for me, fun for them....an all around win. I've been just leaving these on the tables as we work and I'll ask the kids to periodically show me which ratio they think we should use before we attempt a problem. This has been especially helpful with word problems because I do a quick analysis before moving on to make sure we've "got it" and know how to approach it.

Also, I know this could totally be done in a Kahoot or another way, but something about the hands on "auction" style get the kids super engaged and I love that I can continue to use them throughout the unit. A nice tool to keep around whenever necessary, not just on "Kahoot" day.

A small thing but so far, especially for me struggling learners, it's made a big difference! 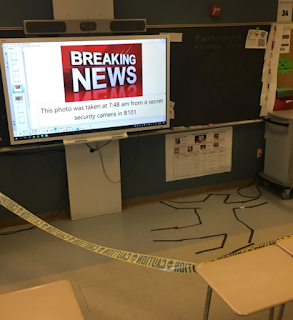 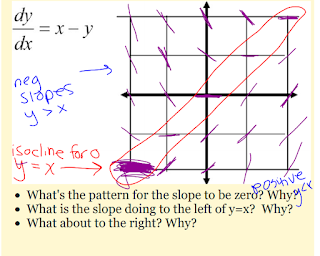 Slope fields have always been a weird topic for me...I never loved my approach to them. They weren't hard for my kids, but they weren't particularly engaging and I always saw my student getting frustrated by the "stakes" of doing them on paper and feeling like they were doing it wrong before they got a real feel for it. I wanted to have my kids be able to experiment with it in a hands on way before having them commit anything to paper, so I've been tweaking this approach for the past few years and felt like this week it finally went the way I'd like it to go! 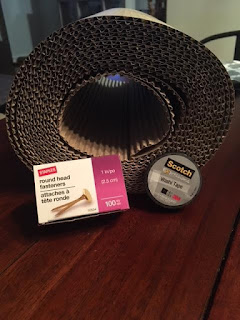 I started the class by using Rebecka Peteron's Slope Field Activity, where each student is given a coordinate point and then asked to come up to the board and draw a small segment with that slope. We used these discussion questions pictured to talk about isoclines and beginning to see patterns beyond just "plug and chug" methods of determining information from the field itself.

From there, we did some low-stakes practice with the interactive slope fields I built. To make them, I went to Staples and bought washi tape, brass paper fasteners, and a roll of packing cardboard. I cut out 1 ft x 1 ft squares of cardboard, used washi tape to make the axis, and put the fasteners through the back. In class, I showed the students a differential equation and they modelled the slope field for me. We were able to work out kinks and make sure we all understand what they should look like before going any further. Then, I would ask the students to trace a particular solution using their Twizzlers through a point. We were able to discuss the general vs particular solution, the patterns we saw, and more. All of this was followed by a small group exploration where students played with dependence on x vs y, determining particular solutions, and relating differential equations and slope fields in different representations.
. 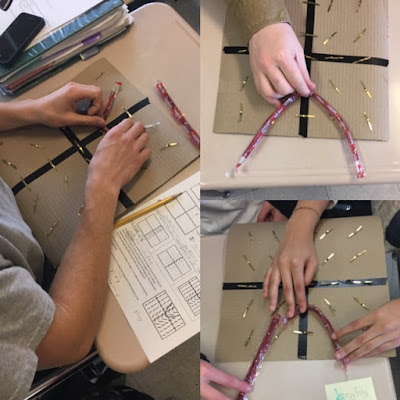 I still want to work on the type of practice we do after the exploration and relate it to some more applications, but this approach was way effective for my kids than normal. I have a group this year who really benefit from more visual and hands on approaches anyway.

Do you have any other approaches to slope fields that you love? Share in the comments!