Before taking my current position, I worked at a STEM magnet school. Few things put me on the course to my current pedagogy as much as my time there did and tasks were a really key part of that. I did a lot of stumbling through the dark, experimenting, and seeing what worked (and failing forward when things didn't). I often feel like the idea of implementing tasks is one of the most intimidating to teachers- how can you give students all this time when this image makes us all feel so personally attacked: 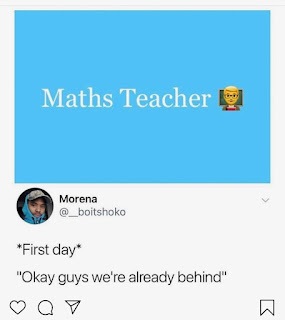 And math teachers aren't wrong- a poor quality task is not worth the time it takes to implement it. That's what I really appreciated about the treatment of tasks in Necessary Conditions. Quality is king.
Quality Tasks