I had the rare opportunity this year to start from scratch with my AP Calc students when introducing limits. Due to adjustment to anew curriculum, our Pre-Calc PLC just didn't get there last year so we are doing more thorough coverage in class than I've done since my Pre-Calc teaching days. I wanted to try something new this year to get my kids thinking about the concept of a limit.

I was planning to put this slide on the board: 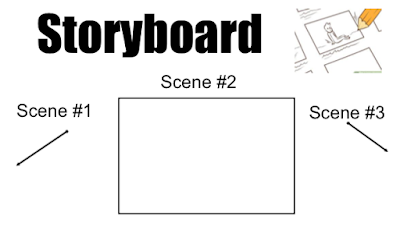 Scene #1:
Two friends are having a frisbee toss. Friend #1 is ready to toss frisbee to friend #2, who is wearing sunglasses.

Scene #3:
Friend #2 is holding broken sunglasses, having clearly gotten hit in the face with a frisbee. Friend #1 is reacting to having just hit his/her friend.

The class has to study the scenes and make a prediction as to what Scene #2 would look like. Most would go for the obvious choice. A few would go for something crazy (a bird flew in his eye, he got punched in the face, etc), which is great. We start to discuss what it looks like should have happened in that scenario, given the information we were given. We also discuss the fact that this predicted scenario doesn't necessarily have to be what actually happened. The kids grasp on to this pretty easily and it becomes an easy framework through which we can view a limit, especially a limit where the defined value of the function and the limit are not equal. And it's a goofy, fun way to get seniors out of their seat!

But, of course, I forgot we had a senior assembly this morning and I would lose 45 minutes of my 2nd period.....teacher problems for sure. It remains hypothetical, but I have a lot of hope for it. Sharing if it can be a fun and goofy thinking activity for anyone else and storing it away for a rainy day for myself!